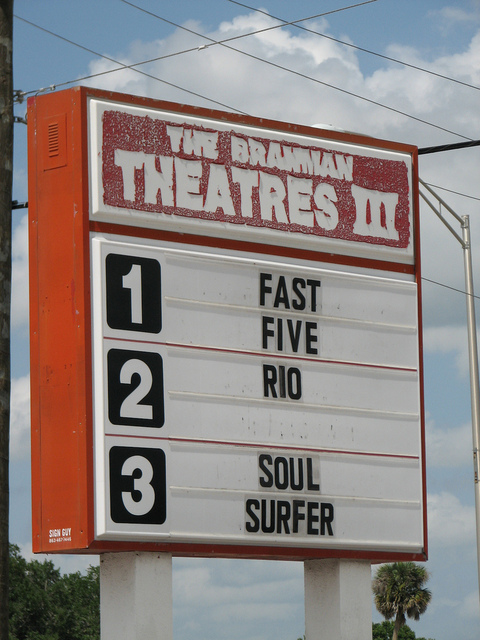 Not sure if this is the original Brahman Theatre, as that had only one screen. It was closed in 2020.

The left half of the building in the photo (behind the marquee) is the original Brahman Theatre in Okeechobee, Florida, which had one screen. It was built in the early 1970s. Two additional screens were added sometime later (the right half of the building.) The theatre upgraded to digital in late 2012 or early 2013. It was orginally owned by Richard Hales, who also owned the Skylake Twin Drive-In on Raulerson Road, between highways 70 and 710, about a mile east of the Okeechobee city limits.

The Brahman looked to be open when I visited Okeechobee this past weekend. Films listed on the roadside marquee were in current release. The cinema has a page listing current show times on the Movie Clock site. And a man who told me he has lived in Okeechobee for thirty years said it is open.

this has closed for good