Theatre By The Sea

Theatre By The Sea (Official) 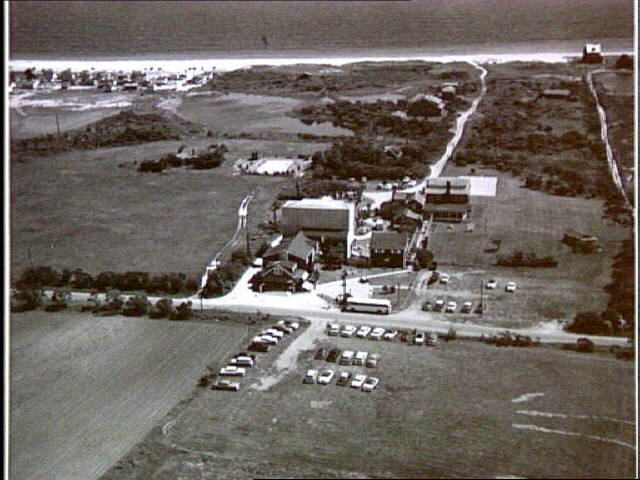 Theatre By The Sea (TBTS) has had many incarnations over the years. Mrs. Alice Jaynes Tyler created the original 300-seat theatre from an old shingled barn in 1933.

The next thirty five years brought numerous changes. On September 2, 1938, a hurricane caused extensive damage which led to the first renovation. After carefully cutting the theatre in half with a hand saw, the box office was literally pulled forward by a dump truck, and a new section of theatre and a balcony were added.

By 1941, with the war raging, the theatre went mainly dark.

By 1947, during the Golden Era of Summer Stock, TBTS was again in full swing and entered into a long and fruitful stretch that lasted for almost 10 years. Famous "golden era" stars that played TBTS include Marlon Brando, Carol Channing, Groucho Marx, Tallulah Bankhead, Mae West, Judy Holiday, Shelley Winters, and many others. The passing of Mrs. Tyler in 1951, another hurricane in 1954 and a ‘dark’ summer in 1959, threatened the theatre’s life when it went dark once again in 1963.

In 1967 Tommy Brent began a new tradition and future for the theatre by completely producing shows on site, sets, costumes, everything. He was able to run the theatre to enormous success for 22 years. In 1980 it was added to the National Register of Historic Places.

FourQuest took over the theatre in 1988 and ran it successfully until the fall of 2003. The theatre went dark once again until a Massachusetts businessman and movie theatre owner, Mr. William Hanney, purchased the property, hoping to continue the tradition of theatre at this historic Rhode Island landmark. A not-for-profit organization, Ocean State Theatre Company, Inc (OSTC) was formed in 2007 by Amiee Turner and Joel Kipper and a lease agreement was established with Mr. Hanney that allows OSTC to produce all shows at Theatre By The Sea. For the first time in its 75 year history, TBTS is trying to succeed as a non-profit organization.

I’d thought this was never a movie theatre. However at http://www.theatrebythesea.com/History.aspx it states: “By 1941, with the war raging and gas rationing in place, the theatre went dark for a few years, but then sporadically played as a movie house.”

I have no documentation about its use as a movie theatre in the immediate postwar period. But I do know that in the month of September 1968, immediately after the live theatre season, there was a film festival of classic and foreign movies here. I myself was consulted on what format that might take, because at that time I ran a film society in Providence called Prestige Film. I wound up having no hand in the program in Matunuck. The promoters settled on a collecion of selected movies distributed by Janus Films. A screen was set up and temporary 16mm projectors were put in place. I attended two of the films shown that month: the von Sternberg/Marlene Dietrich The Blue Angel on Monday, September 2 and Hitchcock’s The Lady Vanishes on Tuesday, September 17. A printed calendar was distributed listing the offerings in the series, but I no longer have a copy of it, so I do not remember how many films were shown over how many nights. The series ran only selected nights during the month, as I recall. But I did see those two movies here in 1968.

I saw several Disney movies there during the early-to-mid 1970s. I used to get car-sick in those days, so I won’t forget the long, long drive from Providence and back in the back of a Volkswagen squareback, usually with no seatbelt.

Craigie, are you sure you are not thinking of the Casino in Narragansett? I don’t think the Matunuck Theatre-by-the-Sea would show Disney films in the 1970s. Plus they didn’t have 35mm projection. For the special series in 1968 they set up 16mm projectors. (See my comment above.)