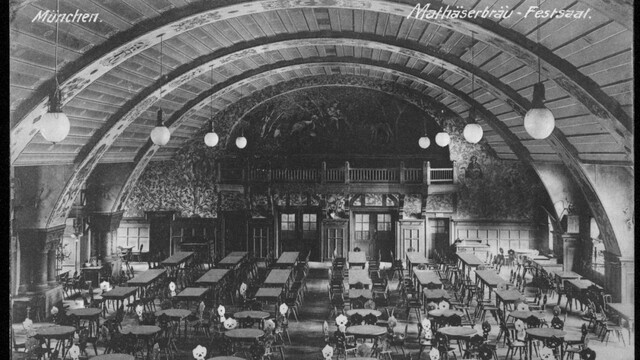 Opened in 1957, the Mathaser Filmpalast was for many years Munich’s largest and top grossing cinema. It had the ideal 21x8.5 m screen for 70mm films and good view from all its 1,187 seats. The exit was unique: all visitors had to pass through several rooms of the ‘Mathaser Bierstadt’, one of Munich’s largest beerhouses.

People here complain about on-screen advertising, but when I was in the Army in Germany in the 60’s, commercials in theatres were commonplace. In fact, in the newspaper ads and also at the boxoffice were posted the starting times of both the feature and the commercials. I mention this only in connection with the Mathaeser because I was saw a very entertaining “info-mercial” about some brand of cigarettes here. What fascinated me most was that this item was shown not only in scope on that vast screen but also in 4-track mag sound. In some theatres that were presenting a 70mm feature, the advertisements were also shown in 70mm.