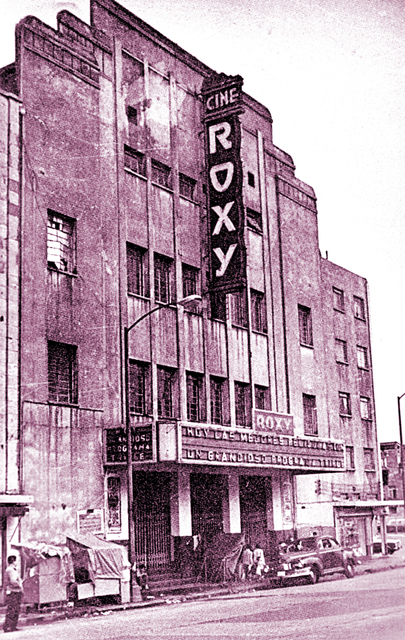 Opened 21 March 1936, the Cine Roxy was located in the Santa Maria la Ribera district of Mexico City. The Cine Roxy had a fairly plain facade, which was three-storeys high, with eight windows across on the first two levels and smaller windows on the top level. There was a large vertical Cine Roxy sign.

It was still operating 1955 and was screening triple-bill programmes. It had closed by 1971.

Any further information would be appreciated.