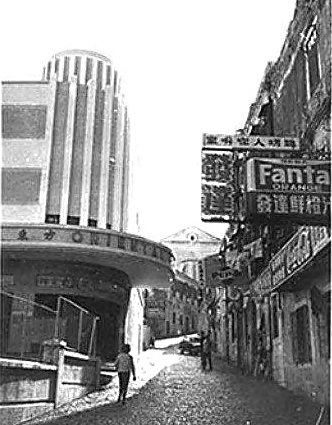 Located in a side street in the historic centre of Macau. The Teatro Oriental opened in the 1950’s, and screened mainly first-run Cantonese films. The street where the cinema was located was re-named after the cinema, but old street signs are still on the street today.

The Teatro Oriental was closed on 28th February 1973, and in the late-1970’s it was demolished and the Oriental Centre office block was built on the site.

Its Chinese name is 東方戲院