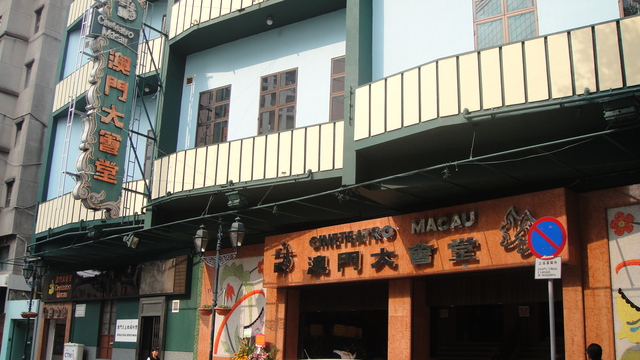 Located in the historic centre of Macau. The Teatro Macau opened as a 1,000-seat single screen in June 1982 with "Somewhere In Time". Actress & star of the film Jane Seymour attended the opening.

In the 1990’s, two mini cinemas were added to the building, but the main original auditorium, complete with balcony survives intact.