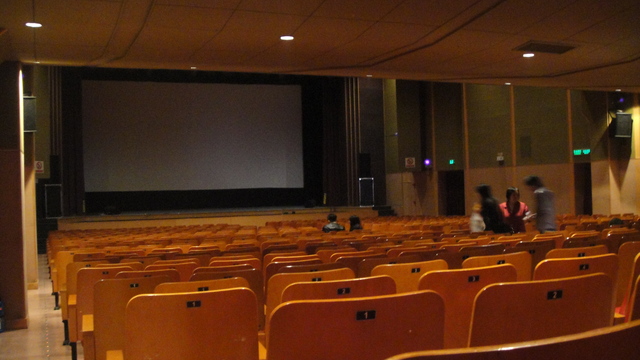 The Teatro Alegria is located in an inner city suburb of Macau, and is a little off the beaten track, but worth the effort to find. It first opened on 15th February 1952 with the documentary "The Liberated China", and had 800 seats.

The Teatro Alegria is a splendid example of an Art Deco style cinema. It was very popular, screening films from mainland China, Russia, North Korea and Vietnam, all very patriotic. It was soon enlarged to seat 1,160 in stalls and circle levels.

A large stage was installed in 1957, and variety shows became part of the programming. In 1997, the cinema was twinned, retaining the original auditorium which is still used for a dual use of films and live theatre, while the small auditorium upstairs in part of the balcony is for film use only.

The Cinema Alegria was renovated in 2005.