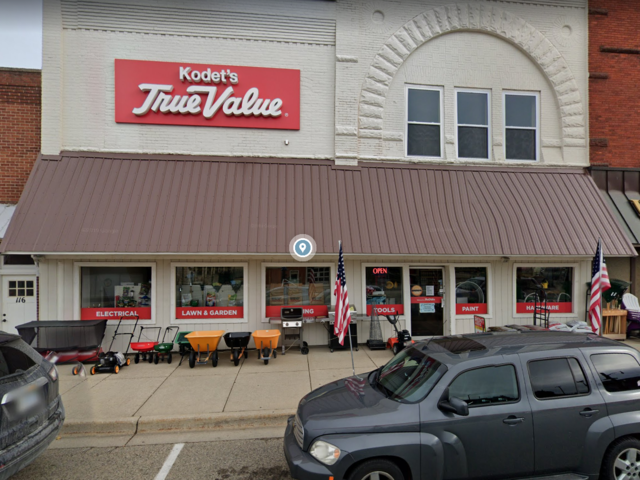 The former theater and its neighboring building are now home to Fowlerville True Value Hardware.

There is an old ad on this page:
http://tinyurl.com/28ugcbh

I grew up in Fowlerville and have three ads just like the ones at the link above.

My grandfather Al Johnson’s Kodachrome theater job slides, include two street views of the Orr Theatre in Fowlerville taken in June 1948. The theater is in what appears to be a late 1800’s/early 1900’s building. The signage, marquee and overall exterior appearance portray a very modest movie venue.

The Orr Theatre does not appear on A.S. Johnson Jr’s draft list of Al’s theater projects, so it is unclear whether Johnson Construction Co. worked on the theater, and if so, when.