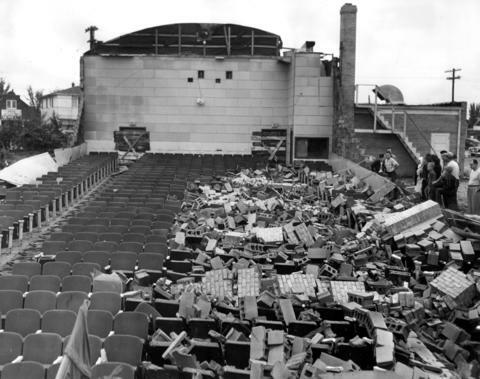 The Holiday Theatre opened in 1949 at a cost of $90,000 in Round Lake Park, located along Route 134. A June 6, 1953 Chicago Tribune article says the theater was demolished the previous night by high winds during a severe thunderstorm, causing the roof to be torn off and thrown 500 feet away, and the side walls to collapse. A photo accompanying the story shows the rear wall of the theater still mostly intact with the side walls of the theater laying in sections over much of the auditorium seats.