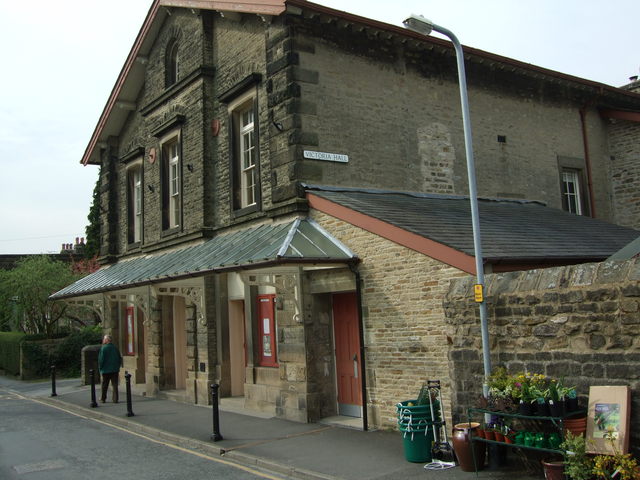 Opened in 1853 as the Music Hall, this theatre has had a continuous history of entertainment to the present day. It seats 230 on a flat stalls floor and single raked balcony. There is a stage behind an elaborate trompe d'oile proscenium.

Films were first introduced into the mix as far back as 1919, and it became a full time cinema in 1925, known as the Kirkgate Kinema. It was equipped with a Kinetone sound system around 1932 and was listed with 600 seats in stalls and a small balcony. It had closed as a cinema by 1944.

Since reopened it continues on regular single day schedules. There are currently two themes "World Cinema" showing the best of the art-house from around the world and "Silver Screen" showing classic films, often during the day.

The hall was restored in 2000, including a very rare Victorian act drop which is once again in use. The Victoria Hall is a Grade II listed building.

Three photos of the Victoria Hall, taken in April 2010, here:–