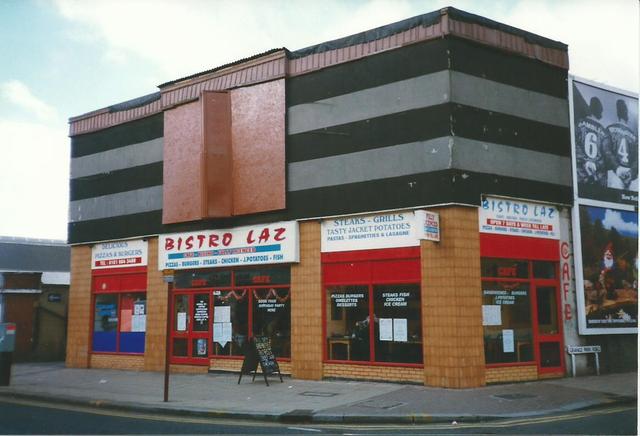 Located in the south of the Greater London area in the district of Thornton Heath, just to the north of Croydon. The Central Electric Theatre was on the High Road at the corner of Grange Park Road. It was opened on 17th October 1911. The facade had a high arch over the entrance. Seating was all on on a single floor. On 26th December 1921, it was re-named Pavilion Cinema after undergoing renovations.

The Pavilion Cinema was damaged by German bombs in Autumn 1940, and was eventually patched up and re-opened in 1941. It was closed on 1st September 1956, but was taken over by the small Pullman Cinemas circuit and modernised.

It re-opened as the Pullman Cinema on 15th July 1958 with Marlene Deitrich in “Witness For the Prosecution” and Dana Andrews in “Spring Reunion”. This was to be short lived as it was closed on 18th April 1959 with Frank Sinatra in "Kings Go Forth" and James Kenney in "Son of a Stranger".

The building was converted into retail use by 1961. It was demolished in around 2000, and a swimming pool/leisure centre has been built on the site.

A vintage photograph of the Pullman Cinema in 1958:
View link