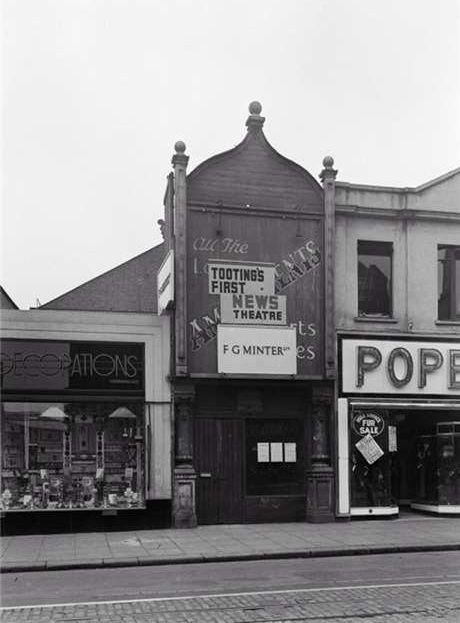 Located in the south London district of Tooting. The Electroscope Theatre was opened on 24th March 1910. It became the Premier Electric Picture House in July 1916 and in August 1919, it was re-named Victory Picture Theatre.

The Vogue Cinema began screening foreign language ‘sex’ films from January 1963, and it was closed on 6th February 1965 with Anna Karina in "Vivre sa Vie" and Robert Wagner in "A Sordid Affair".

It was converted into a Vogue Bingo Club and became a Mecca Bingo Club from 1974. It was closed as a bingo club in November 1976. It re-opened briefly as an Asian cinema screening ‘Bollywood’ films, but the building was demolished in 1981. Shops were built on the site, which in 1997 contained a branch of Mothercare, and in 2012, a Lidl supermarket.