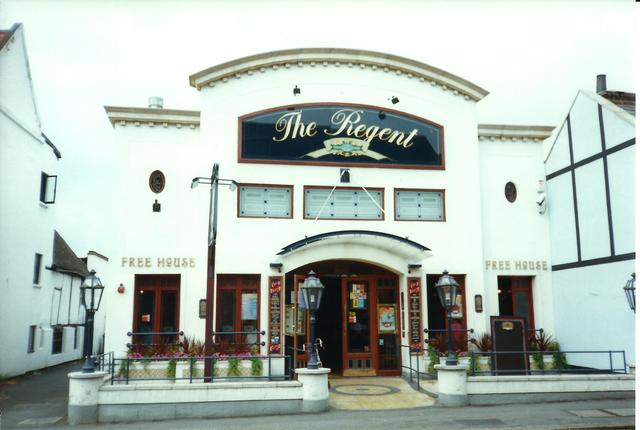 The Palace Cinema opened in June/July 1915. It was independently operated. In 1927 it was renamed Regent Cinema.

It was closed in 1936 and was re-opened later in 1937. By 1941, it was operated by Laurie Cinemas Ltd. In 1945, the Regent Cinema was re-named Surrey Continental Cinema. It was closed on 17th April 1954 with “Battleship Potemkin” and “Les Enfants Terribles”. It was converted into a shop.

In late-1994, it was purchased by the JD Wetherspoon chain of pubs and re-opened as The Regent on 15th December 1994.