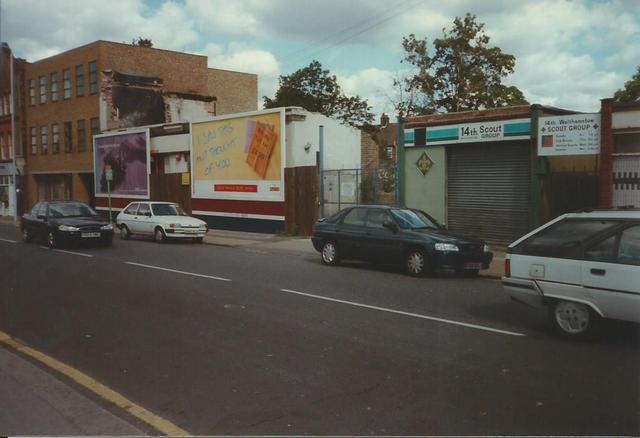 Located in the northeast London district of Walthamstow. The Arcadia Electric Theatre opened in October 1912. The unusual feature of the Arcadia Electric Theatre was the position of the screen, which was located mid-way across the auditorium. Patrons in the best seats watched the film normally, but by paying a lower price, they sat on the other side of the screen and watched the film back-to-front. This was bearable, apart from the title pages, which of course could not be read backwards. (There was a similar mid-auditorium screen set up at the Electric Picture Palace, Mare Street, Hackney).

Always a silent cinema, it was re-named Arcadia Picture Palace in 1914. It was closed in May 1924.

The building stood empty for around 10 years, and then was converted to light industrial use. It remained in use as a clothing factory until around 2000, when it was demolished and a building containing housing and retail use was erected on the site.