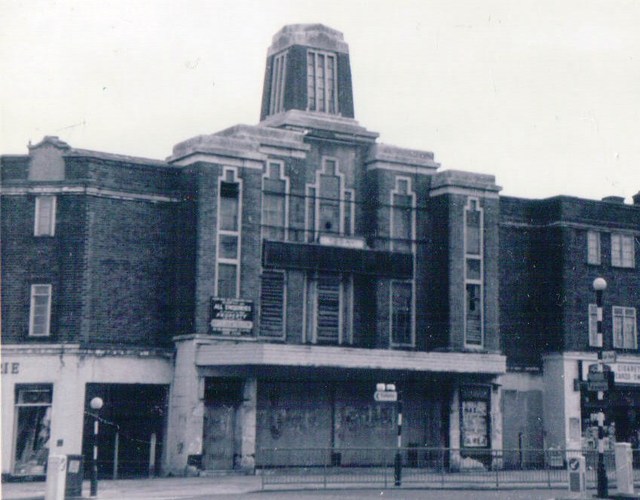 Located in Whitton, a district to the north-west of Twickenham, in the west of Greater London. The Ritz Cinema was sited opposite the Admiral Nelson public house. It was built for and operated by London & District Cinemas, a company owned by Major W.J. King, who designed most of Ritz cinemas in his chain.

The Ritz Cinema was opened on 23rd March 1937 The exterior was almost identical in design to the Ritz in Park Royal and the Ambassador/Odeon, in Hounslow. Inside the auditorium seating was provided for 1,234 in the stalls and 540 in the circle. The Ritz Cinema was equipped with a Compton theatre organ that had originally been installed in the Coliseum, Harrow. It was given a new console at Whitton. There were complaints from the residents living in Cypress Avenue at the rear of the cinema, about the ‘noise’ emitted from the organ.

The Odeon was closed by the Rank Organisation on 30th December 1961 with The 3 Stooges in "Snow White and the Three Clowns" and Laurel & Hardy in "Dancing Masters".

The building stood empty and unused for many years, and was demolished in 1972. An office building named Fourways House was built on the site, which included a branch of Ladbrokes Bookmakers on the ground floor.

I went to this cinema once, the film was “The Millionairess”. The cinema was set well back from the road on a corner site, and for that reason has a long and large foyer area. You also entered the stalls from the side and not the back.
The only picture I took of this cinema was the stage area during demolition.
John
View link

There is a picture of the Ritz/Odeon on this webpage (centre of the first row): View link