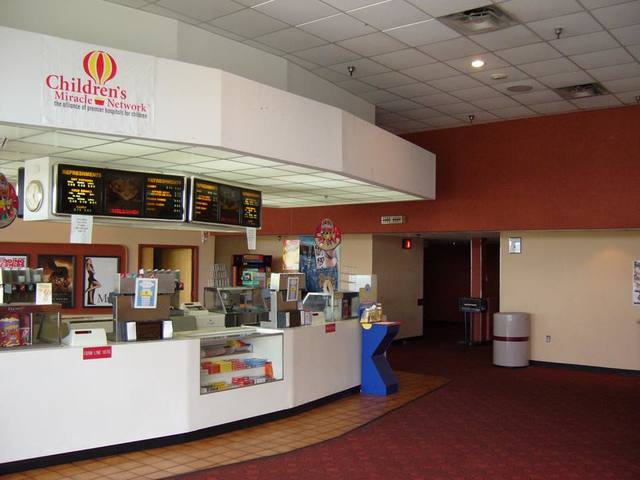 The Carmike Cinema 7 was the fourth multiplex theatre to operate in the Durham that was under operation by Carmike Cinemas. The theatre was located next door to the Phar-Mor Drug Store and the Winn-Dixie Marketplace Grocer in the K-Mart Plaza Shopping Center off Foushee Street and Avondale Drive near Interstate 85 and the North Roxboro Street intersections. The theatre could be accessible from either Avondale Drive or Foushee Street. It was supposed to open in 1989 or 1990, but it was held back due to construction delays. But it didn’t officially opened until August 9, 1991.

The Carmike Cinema 7’s grand opening on August 9, 1991 was a huge commercial and critical success. The inside interior of the Carmike 7 featured huge marble lobby floors, an ultra-modern concession stand which can be accessed from either side of the lobby area. Its two larger auditoriums were very impressive with full state of the art sound with full THX Dolby System installed. Extra spaoe seating for more legroom with high pillow back seats equipped with cup holder and arm rests. The theatre had acres of available free parking with continous matinees daily. Carmike operated all of the movie theatres in the Durham-Chapel Hill area so the opening of the Carmike 7 was one of the two theatres that operated in the Northern section of the city(the other was the Willowdaile Cinema 8, located off Guess Road).

The grand opening festivities were huge. Admission was only $1.05 since the theatre during its grand opening was hosted by local celebrities including Bob and Madison from WDCG G-105.1. FM and a host of other local personalities as well including local news anchors from WTVD-TV(Miriam Thomas and Mike Caplan) were on hand for its official opening week.

The opening attractions were for the August 9, 1991 premiere were "Home Alone", "Dances With Wolves", "Backdraft", "Sleeping With The Enemy", "Silence of the Lambs", "Teenage Mutant Ninja Turtles II", and "What About Bob?". All Seats and all Shows for the premiere week were just $1.05 and even the concession specials were also $1.05 just for the grand opening. However,the Carmike 7 was also a great place to see some great movies too and it was one of two movies that officially had the roadshow enagements too that opened to capacity crowds("Menace II Society", "Dead Presidents", "The Original Star Wars Special Edition"), and so much more.

The theatre was in operation from 1991 until it closed February 22, 2002. Plans were in the works to make the Carmike 7 into both a discount theatre and also the first movie theatre in the Triangle to show films in the Spanish Language format that would catered to the Triangle’s growing Latino population. It had a great concept, but prove unsuccessful, and the cinema closed right after that. To this day, the cinema still vacant on an empty lot off Avondale Drive.

They must run their big city theatres better than the small ones i have had a chance to see.

This theatre was also a haven for crime activity too.
Especially for that side of town as well,where police force were constantly hanging around the theatre to see if any suspicious activity was about to happen and usually it does. The Carmike 7 was also the scene of numerous indications with large crowds(mostly teenagers and rival street gangs)that were mostly a problem during the weekend showings of films. I attended a screening of “Menace II Society” one evening at the Carmike 7,when a brawl broke out during the movie with a capacity crowd in the larger auditorium. Cops were called to brake up the melee.
Sometimes you had to watch your back at this theatre since you’re going to see a movie on that section of town,never knowing what may happen and the unexpected does. The same incident also occured during a screening of “State Property” too. A lot of black oriented movies played here at the Carmike 7 when no one else didn’t want to show them.

Carmike 7 sat in the haven of Northern Durham known as Bluefield and nearby Braggtown and Oxford Commons. Just off I-85 and Avondale Drive.

Raysson,why would you even put yourself in that position. I worked plenty of Black films in the 70’s at the IMPERIAL in Augusta,and other than them talking back to the screen,which we gave up trying to keep people quite on a “SHAFT” film. We never had a fight and we did not need to hire a cop like so many theatres are doing mainly because of all the blasted screens.Glad i got out in 83.

MikeRogers:
Durham had two theatres in the area that catered to “black-oriented” films,and I know cause I used to attend them.

In no way do I mean anything by the following comments. I was the Manager of the Carmike 7 when it was first opened and I was there for 2 years. I also kept in touch with the Mangers who ran the Carmike 7 when I left. Yes it may have not been in the best part of town, but I never and neither did anyone else who ran the theater after me have any trouble there. Not sure where Raysson is getting their information. In fact we did not show a lot of black films there. I also managed the Willowdale Cinema in Durham and when I was there we always had trouble. Carmike 7 was a safe place to go.

This pic of the lobby is actually the Willodaile 8 lobby not Carmike 7.