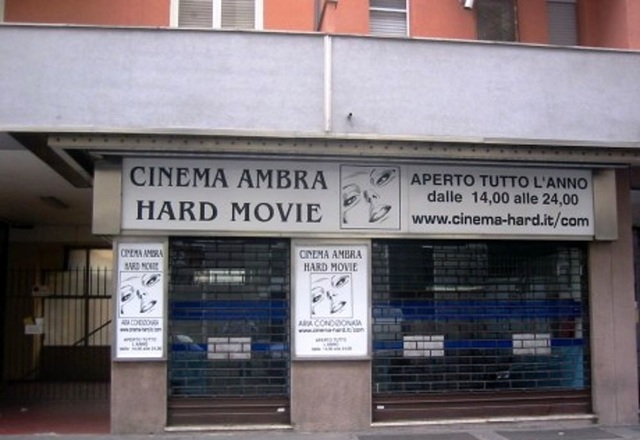 Located in the north-east of Milan city centre, on Via Clitumno at the corner of Via Padova. Originally on the site was the 700-seat, Cinema Padua, which had its entrance on Via Padova. Closed in 1964, it remained empty until 1974, when it was renovated and re-opened as the Cinema Ambra. In the 1990’s it was demolished and an apartment block was built on the site.