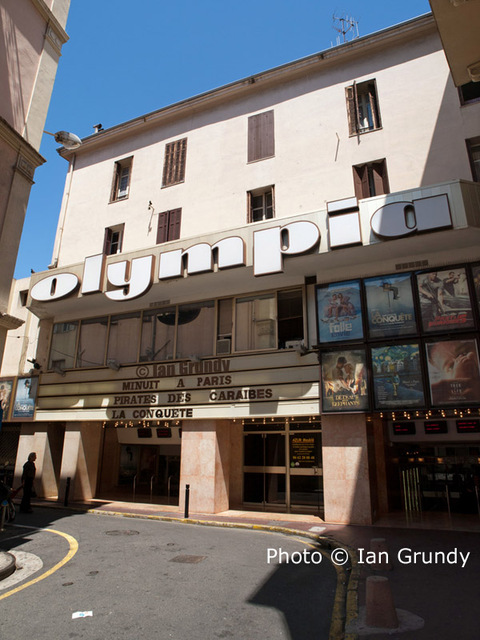 Located in the centre of Cannes. The Majestic Cinema had opened by the 1930’s with 1,000 seats. In recent years it has been re-named Cinema Olympia and has been multplexed into six screens. It is one of the cinemas used during the annual Cannes Film Festival.