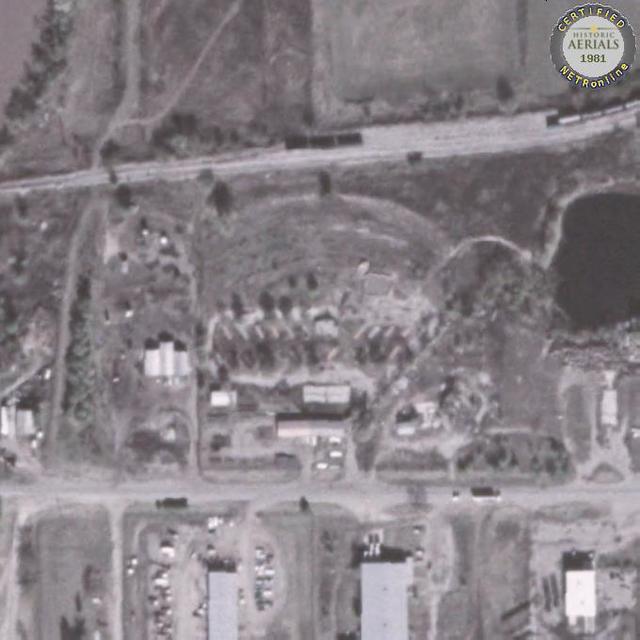 Mike, here is a bit more info for you. In 1956 it parked 400 cars and was owned by Fred Munson. There was an Ark – View Drive-in also in that town in Kansas.

Anyone have the crossroad with Highway 166, are any remains of the drive-in left?

“Fred Munson is busily engaged in refurbishing the 166 Drive-In at Arkansas City, preparatory to opening it this spring after two seasons during which it has been idle.” — Boxoffice, Feb. 22, 1960

“Fred Munson … who lives at Arkansas City, has just reopened the 166 Drive-In which has been closed for two years. Extensive remodeling was done which included three pairs of CinemaScope lenses.” — Boxoffice, April 18, 1960

There seems to be virtually nothing of the drive-in remaining, save perhaps for the concession stand, projection booth. That may still be in place, although it appears to be quite ragged.