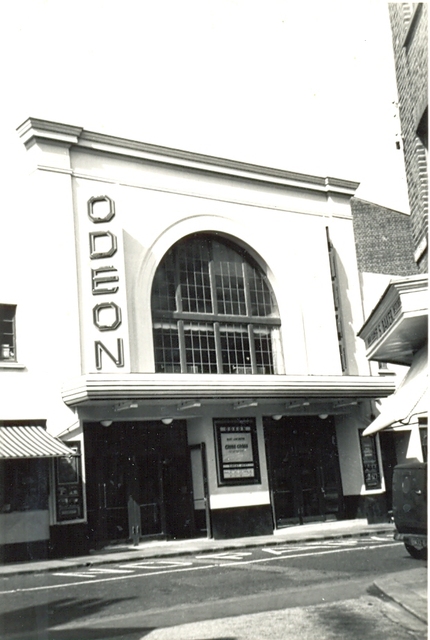 Located on York Street, next to Dundonald Road. The Royalty Cinema opened on 15th October 1934. The exterior in red brick, had a white trim, and in the centre over the entrance was a large arched window. Seating in the auditorium was on a stadium plan, with a raised stepped section at the rear, rather than an overhanging balcony. The ceiling had a series of deep curves across, which contained concealed lighting.

It was taken over by the Oscar Deutsch Odeon Theatres Ltd. chain on 27th May 1935. Taken over by an independent operator in April 1938, it was sub-leased to Sax Cinemas in January 1939. It was closed by bomb damage on 1st November 1940.

Taken back by Odeon Theatres, it was repaired and re-opened on 3rd October 1950 as the Odeon. The Odeon was closed by the Rank Organisation on 29th September 1956.

Later operated as a disco, it was eventually demolished. A block of flats named Serene Court was built on the site, which has a retail unit, occupied by Finishing Touch.