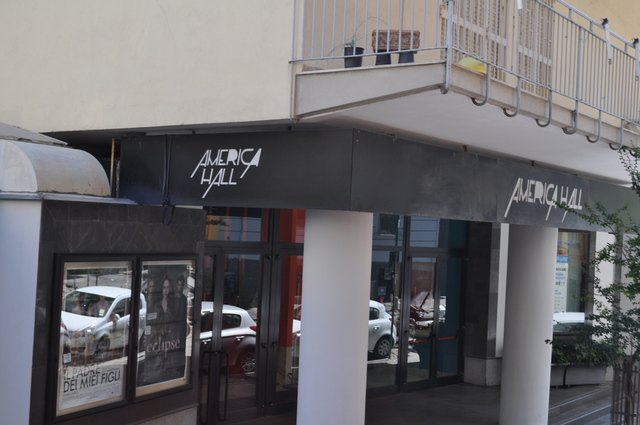 Located in the Vomero district, to the north-west of the city centre. The Cinema America Hall was a modern twin screen cinema. It was closed around 2006, but had re-opened by 2010.