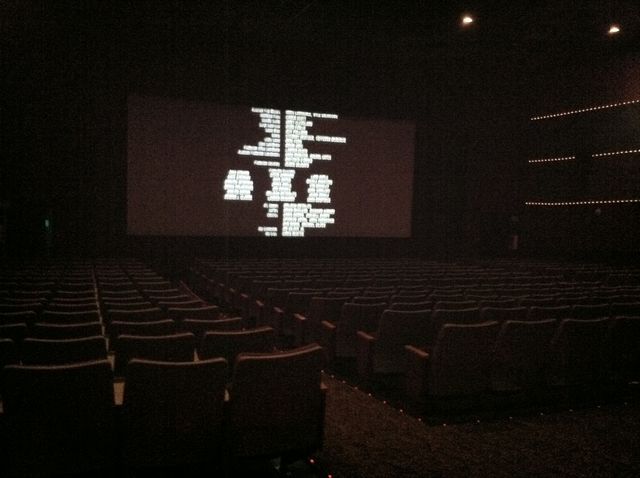 The Mann Exchange 8 was opened June 14, 1991, after Mann Theatres had dropped the Alex Theatre. In 1996, two more screens were added.

Taken over by Vintage Cinemas in 2011, two of the screens were closed. The remaining screens closed on February 29, 2012.

It was taken over by the Russian based Five Star Cinemas chain, and was refurbished, reopening in early-August 2013 again as a 10-screen cinema, and serving food with waiter service. The total seating capacity has now been reduced to 497, with the largest screen seating 104 and other screens ranging from 30 to 84 seats. The official ‘Grand Opening’ was held in late-September or early-October 2013. It was closed in April 2017. In 2019 it was converted into a Studio Movie Grill, which opened on October 19, 2019. It was closed on March 16, 2020 due to the Covid-19 pandemic. It was announced in January 2021 that Studio Movie Grill had gone out of business and the closure would be permanent.

In May 2021 it was taken over by the Dallas, TX based LOOK Dine-In Cinemas.

I’m speculating, but it appears as though it may have closed again tonight. The final showtime set was at 5:45 and there are no times listed for tomorrow and beyond.

It would make sense for Vintage to call it quits, especially with the Marketplace now re-opened.

Can now officially be marked as closed. I just found my pictures of the twin on the final day of their operation (which was final day of Mann operation, June of 2011).

Well, it’s closed during construction/renovation, which has already started in earnest. They’ve already removed the old marquee and dome. This is what it’s going to look like: Former Mann Theater complex in Glendale slated for major overhaul

Wow! Hadn’t heard of this. Thanks for the link.

Here’s video of the construction so far (link courtesy of the Tropico Station blog).

An update on the transformation of the former Mann 10 to an upscale art theater called the Five Star; it does not indicate the number of screens but the seat count will be reduced from 2,500 to 508. View article

he Glendale Studio Movie Grill closed along with the rest of SMG’s locations for the COVID-Pandemic on March 17, 2020. SMG declared bankruptcy on October 25, 2020 and began closing locations, The SMG Glendale was removed from the SMG website in January of 2021 making the closure permanent.