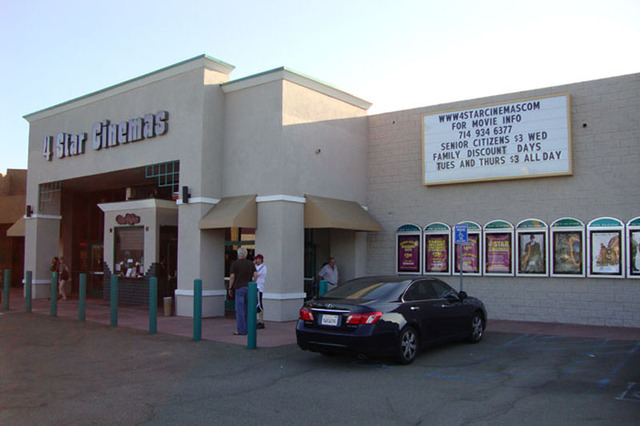 Opened as the Valley View Cinemas 1 & 2 on July 11, 1975. It became a first-run four-screen cinema, operated by Starlight Cinemas as the 4 Star Cinemas. In 2020 it was renamed West Grove Cinemas.

This theatre was formerly known as the Valley View Twin and dates back to the mid 70’s (circa 1975). It was later divided up in to four long, narrow, auditoriums and renamed “Four Star Cinemas”. I believe the theatre was independently owned/operated by the same family, up until Starlight took over the site. Starlight added digital projection and began a lower priced first run business model.

This reopened as the Four Star Cinemas on October 14th, 1994. 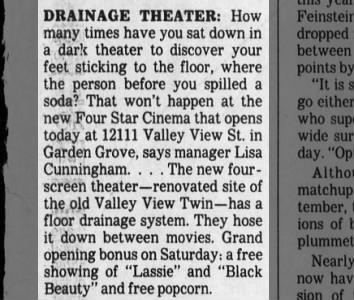