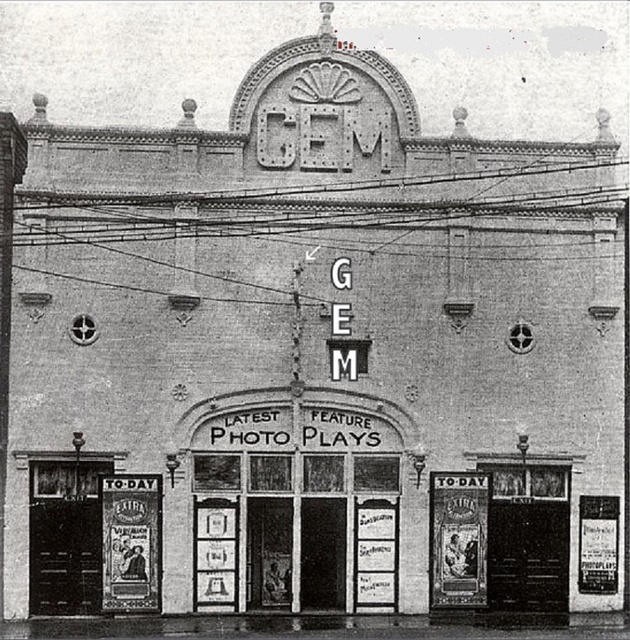 Once again from the book it pictures the Gem Theatre after the fire and vaguely the sign above the door states ‘features Vaudeville’ so i’m guessing it primarily played Vaudeville acts.

I would put the function as vaudeville