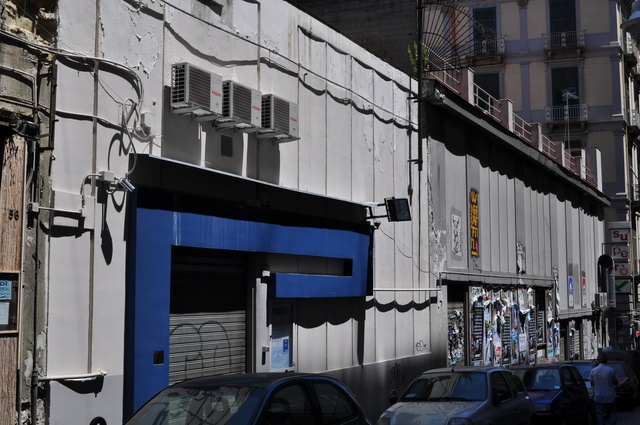 Located in a narrow side street at the corner of Via Tarsia, just off the Piazza Dante in the centre of Naples. This building replaced the Teatro Rossini, which opened in 1870. It opened in 1927 as the Cinema Roxy. It was a small single floor cinema.

In 1950, it was re-named Cinema Smeraldo. Closed in the 1990’s, it was converted into a supermarket. In the Summer of 2010, it was in use as a Supero Supermarket, with the rear of the building in use as a health spa.