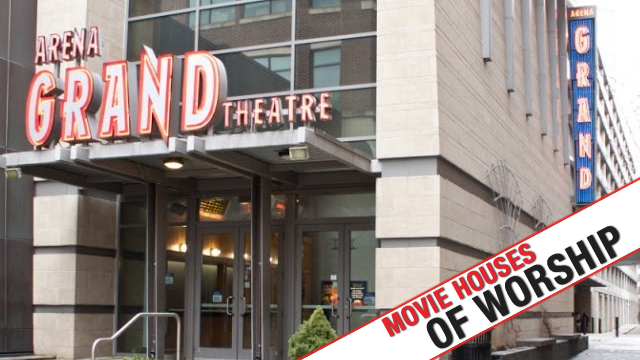 Opened in 2001 as an eight-plex, three additional screens were added in 2007. It was managed by Drexel Theatres until 2008, followed by Columbus Hospitality Management. The theater has a bar and restaurant, and features reserved balcony seating in some of the screening rooms. It was closed on May 27, 2013. It was taken over by Studio Movie Grill and reopened on January 17, 2014. It was closed on January 2, 2017.

According to Columbus Business First, Cinema Movie Grill is keeping 11 screens but decreasing the seating from 2,000 to 1,200. They are spending $3.6 million on the renovation, which is expected to open in late August or September. They are installing a full commercial kitchen on the main floor, and plan on expanding the bar area on the second floor to include restaurant seating.

According to the Columbus Dispatch, the re-opening has been delayed until December, 2013.

Closed first week of January, 2017. No plans for the space have been announced by the landlord, Nationwide Realty Investors.

This location will be remodeled into an “Innovation Center” by Nationwide Insurance, the owner of the property.

do you have a link to more info on that?

“Anyone holding out hope that a movie theater would re-open in the Arena District can officially consider those hopes dashed. Nationwide Insurance announced today plans to convert the 31,000 square feet of space into a new “Innovation Center,” relocating workers from its “Refinery 191” innovation space next door.

“The expansion of our innovation facilities reflects our commitment to developing new ways to help members protect what’s most important and plan for a secure future,” stated Terrance Williams, Nationwide’s chief marketing officer and president of emerging businesses. “By repurposing a space we already own, we will cost effectively meet our growing business needs. It’s a win-win for both Nationwide and the Arena District.”

In addition to the building renovations, Nationwide announced plans to add several dozen new jobs to support programs inside the Innovation Center. The company is investing over $100 million in venture capital funding to startups related to the insurance industry. The new space is slated to open sometime in 2019."