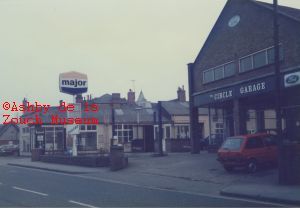 The Picture House was opened in 1925. It had a 20 feet wide proscenium (enlarged to 30 feet for Cinemascope).

In the 1930’s it was operated by the Ilkeston Cinema Co. Ltd. and they continued to operate it until it was closed in December 1963. It was converted into a garage.

Later demolished, a Somerfield supermarket now operates from the site.