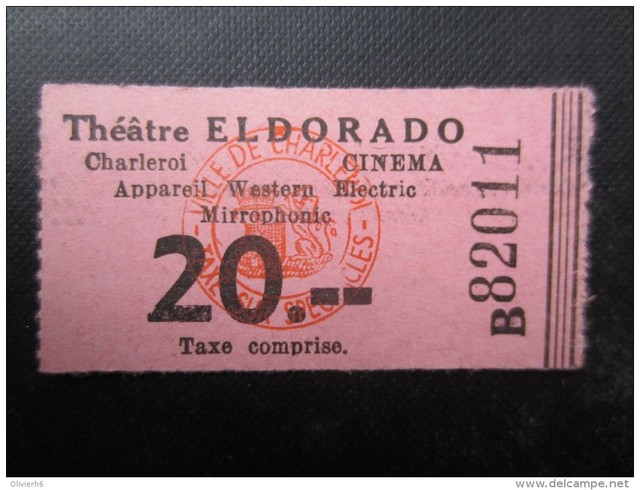 The building opened as the Peoples Palace (Le Palais du Peuple) in 1925. It was located adjacent to the Eden Cinema a former music hall theatre. It contained a live theatre auditorium which opened on 25th May 1925. On October 3, 1925 it opened as the 1,200-seat Eldorado Cinema In 1929 it was equipped for sound films, opening with Al Jolson in “The Jazz Singer”. It was re-furbished in 1954 when it was equipped to screen widescreen presentations and the seating capacity was slightly reduced.

The Eldorado Cinema was closed in 1975. It was demolished in 1980, together with the Eden Cinema and Gallery Eldo now stands on the site.