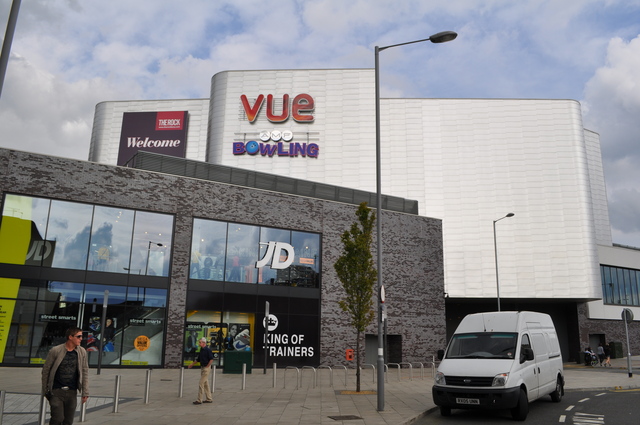 The Vue the Rock is located in the newly built town centre Rock Triangle development, opposite the towns' original Odeon Theatre. It opened in July 2010, and replaced the 12-screen, 3,948-seat Vue, which was located on the Pilsworth Industrial Estate.

The largest screen is screen 1, which has 370-seats, and has a large VueXtreme screen. Seating capacities in the other screens range from 234 down to 79. Four of the screens are equipped with the latest digital equipement.