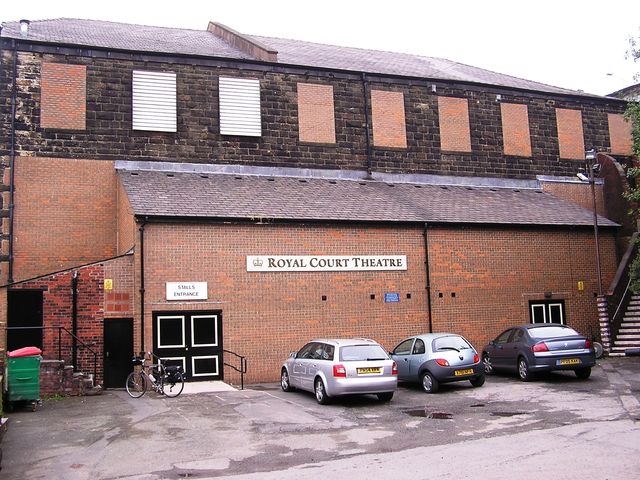 This is a fascinating building with a long history which deserves a greater study.

In 1892, a mid-19th century iron works was converted into a theater with a large stage. It had two circles and stalls seating accommodating approximately 1,200. The iron works had been prone to fires - serious ones occurred in 1867 and finally in 1886 after which the building was gutted and abandoned. The exterior walls were used for the new theatre and the rear stage wall still has the foundry window frames which are bricked up behind.

By 1911, it was known as the Art Picture Palace, and from 1918 it was re-named Empire Theatre after being taken over by Jacksons' Amusements, Ltd. Variety returned to the stage until March 1930 when the “talkies” arrived and it was equipped with a Western Electric(WE) sound system. From then on films were the principal form of entertainment.

Following a structural survey in 1948 it was mistakenly thought that the upper balcony was unsafe and it was therefore removed and the lower balcony extended to compensate. The dress circle is supported on a series of cast iron columns.

The site gives an entirely false perception to the building as Rochdale Road is climbing up a steep hill. The facade of the Royal Court Theatre is only one story high and totally belies the size of the building behind. This entrance is at the very top of the theatre and from here patrons descend to all areas of the house. From the rear the building is four stories tall!

After closure as a cinema in 1960, bingo took over until 1968 when the building was acquired by the Bacup Amateur Operatic and Dramatic Society as their headquarters. Much work has been done to the building since then with new stalls entrance, lower foyer, new dressing rooms and offices etc. The Royal Court Theatre now has a mix of amateur and professional live performances (theatre and concerts). It now seats 485 and serves this small (30,000 residents) town well.