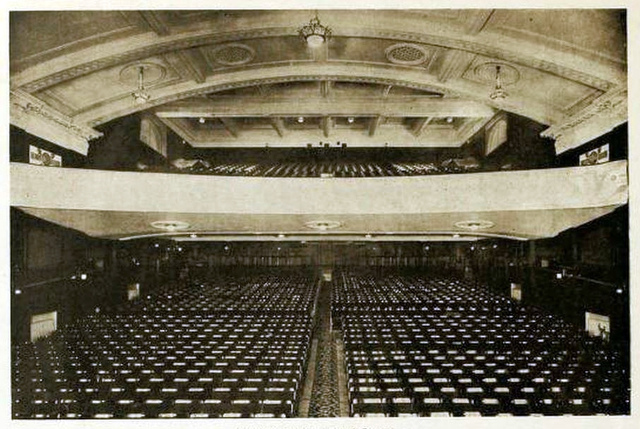 The Premier Cinema was built for the independent Circuit Cinemas Ltd. and opened on 3rd August 1925 with Norma Shearer in “Excuse Me”. It was taken over by the Associated British Cinemas(ABC) chain on 21st January 1929.

Located on the corner of Cheetham Hill Road and Albyns Avenue, this large suburban cinema to the north of Manchester city centre billed itself as ‘A City Cinema in the Suburbs’. The Premier Cinema had seating provided for 1,287 in stalls and 600 in the circle. The lower parts of the auditorium walls were lined with Mahogany panels, while the upper parts had panels with a gold floral design. There was a 10 feet deep stage, and a large cafe on the first floor which was decorated in a Chinese style, and was for the use of patrons and non-patrons. It was re-named ABC in 1965, and was closed on 25th July 1970 with David Bradley in "Kes" and Christopher George in "The Thousand Plane Raid".

It was converted into a snooker hall, and was eventually demolished. A new building on the site now houses the Manchester Super Choice shop.

A vintage photograph of the ABC in 1965:
View link