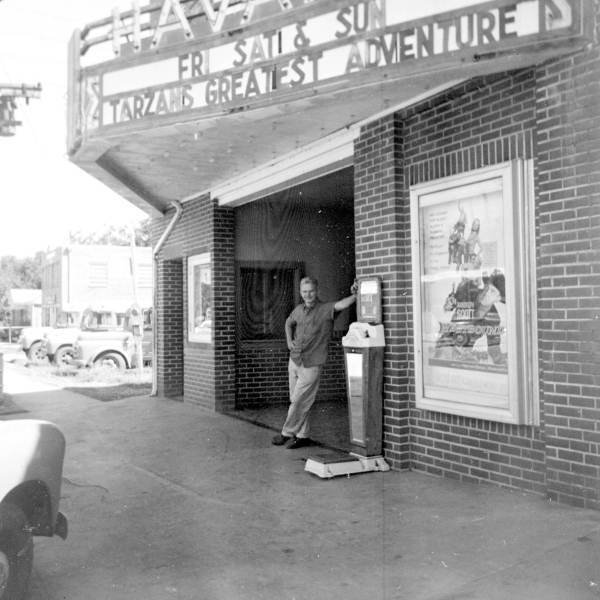 It appears that the theater building is still standing, just merged with the building next door. Interesting.

Here is a picture from the State Archives.

Does anyone have an exact address, more info, or more photos?

Here’s a January 2011 shot of what I believe to be the former Havana Theater.

Andy is correct, this is how it looks today. It was owned by C. S. Dunn of Dunn Family Theatres. I doubt it had 320 seats, the building is not that big. It is still a separate building from the furniture store next door, but owned by the same person. The back, which contained the furnace and cooling fan was torn off several years ago. I understand that a portion of the balcony and the booth still exists. It has been used for several retail outlets over the past few years, but is currently vacant. This theatre closed in the sixties and the last movie that played was Day of the Triffids. The title stayed on the marquee until the marquee was removed. The man standing in the picture was Gene Blackman. I got some of the seats and put them in the Zebulon theatre in Cairo.