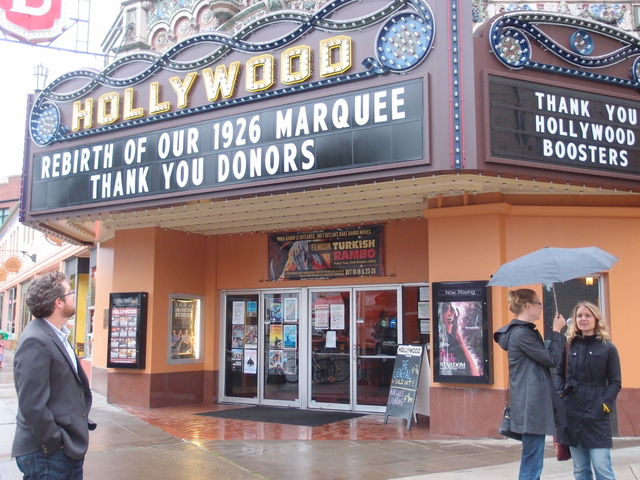 On Sept. 5, 2013, Portland’s Hollywood Theater unveiled their brand new marquee. Designed by noted marquee designer Fernando Duarte, the theater raised over $130,000 in local and Crowd Sourcing donations to complete the job. Along with new paint inside & out, new seats, new digital projector (+ the old film projectors), new digital sound system, and affiation with The Sundance Group, the Hollywood is ready for the rest of the 21st Century. Opening night saw a restored film copy of Buster Keaton’s The General with organ accompaniment. It was fantastic. Great job, Doug!