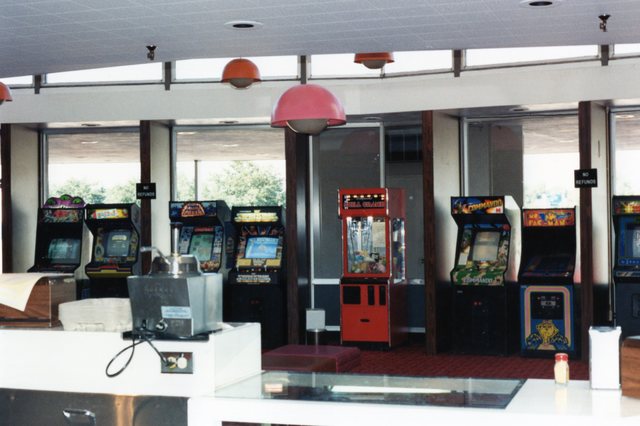 Found an old New Orleans paper with the movie advertisements. According to the paper it was located in Oakwood Shopping Center in the Terrytown district. It opened as the Oakwood I & II on August 4, 1967. In the late-1970’s it was tripled. It was in operation in in 1978 as the Oakwood Cinema playing"If Ever I See You Again" it was playing on three New Orleans' screens. In late-1980 or early-1981 it became a quad. It closed in 1990.

This was a triplex by the timeframe described in the intro write-up. Its location may have been in Gretna.

That’s a better address than Oakwood Shopping Center, New Orleans, because it’s not in New Orleans. I’ve been in Gretna many times being at the close by U.S. Naval Support Activity in Algiers and the U.S. Naval Air Station JRB New Orleans in Belle Chasse. They are all across the Mississippi from New Orleans. I ought to know, I took the ferry lots of times to get across the river to New Orleans. I got a lot of “sea duty” that way.

I know it was open in 1967 as Oakwood I & II owned by General Cinema Corp.

~Early 1990’s closed approximate? Michael Coate or anyone else is welcome to verify and come up with exact dates. See all the extra typing I have to do Michael, and I’m not a good typist?

Mike Rogers, your Skyway/Skyland Drive-In in Anderson, SC was deleted because it was alredy on CT.

This opened on August 4th, 1967 along with the Lakeside Cinema. The grand opening ad has been posted here.

I used to go to this theater as a child. I remember it being located off of Holmes Blvd., back when Dillards was still D.H. Holmes. This theater sat right next to Chi Chi’s mexican restaurant. That was a good place. I saw Superman & Star Wars here. I remember the screen was always blue before the movie started. Does anybody know the school band that’s in the photo above? It looks like my elementary school band’s uniform (Aurora Gardens Academy, which is now torn down, like everything else in Algiers). Great memories.

The large auditorium, the left one was divided in 1975. I started working there in the summer, not long after the work was completed. When the cold weather came, we found out that the contractors had neglected to reconnect the heating system. It was a fun job.

The band is the John Ehret Patriots, many parades either lined up and started or ended at oakwood during Mardi Graw back then. I can’t be specific about which parade or exactly what year, but its after its expansion to four screens so I would say sometime in the early to mid 80’s. I remember seeing a lot of great movies there.

It closed in 1990 a later they demolished the cinema to make room for the mall’s expansion.