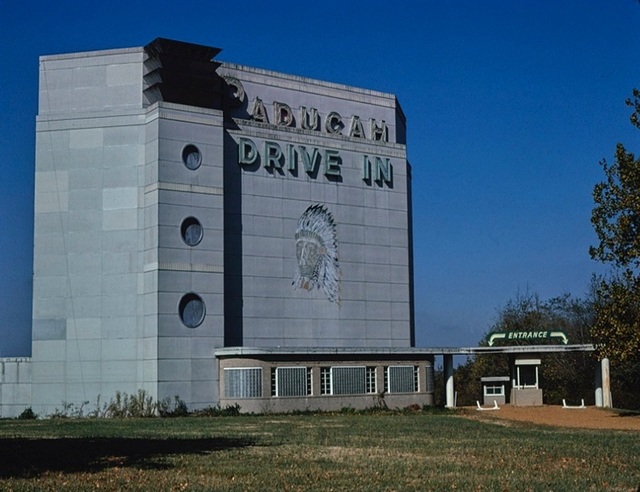 The Paducah Drive-In opened on July 2, 1949 with Walt Disney’s “Song of the South”. It was operated by the Columbia Amusement Co. It had a capacity for 500 cars and seating for 100 walk-in patrons. The Streamline Moderne style screen tower had a mural of an Indian chief’s head on the rear. It was closed in 1984.

Open till ~1985 approximate? Can anyone verify this date?

The two do cross each other, but it’s near the center of town??

The Paducah Drive-in was located on the right-hand side of Rt. 45, otherwise known as the Lone Oak Road, about two miles south of town. I don’t know the exact address or what is there now. The Indian gentleman whose face was on the back of the screen was Chief Paduke. It had been built pre-CinemaScope, and wing extensions had been added to either side of the screen. They were not flat but at an angle, giving the screen a curved appearance. We saw “America Graffiti” there after it had played one of the downtown theaters. There is a picture of the screen tower at various places on the web.

Approx. address for this drive-in was 2635 Lone Oak Road. The entrance is now Paducah Bank. The screen is now Pizza Hut!

Lakeview Dr. west of Live Oak runs through where the drive-in stood.

This opened on July 2nd, 1949. Grand opening ad in photo section and below. 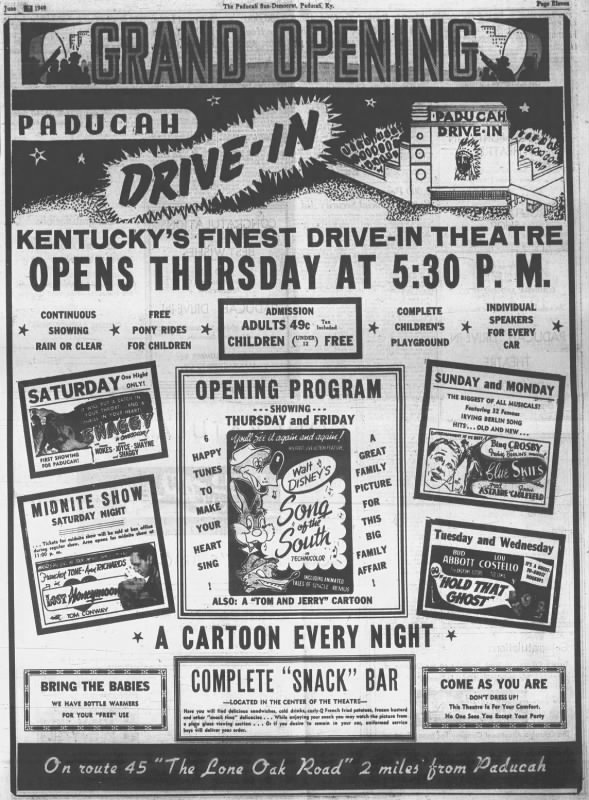