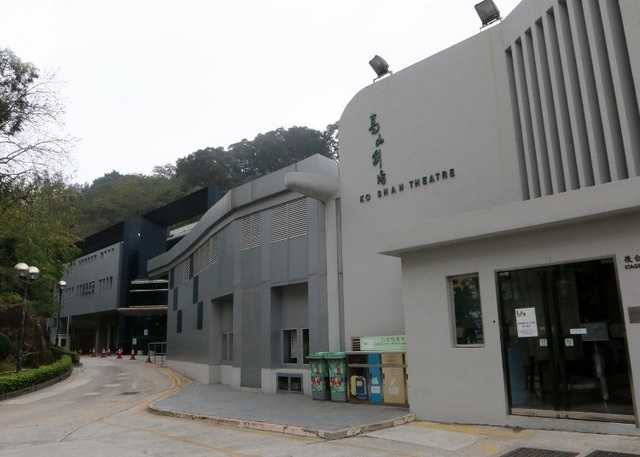 The Ko Shan Theatre was a semi-open air theatre in the Ko Shan Road Park in Hung Hom on the Kowloon side of Hong Kong.
The theatre opened on 29th March, 1983 with live performances.

It was built and managed by the former Urban Council. After the abolishment of the Urban Council by the SAR Hong Kong Government, the management of the theatre was taken over by the Leisure and Cultural Services Department.

The stadium seating theatre did not have an air-conditioning system. The covered portion of the theatre had 1,000 seats, while the open-air portion had 2,000 seats.

Besides live performances, selected films were sometimes shown at the theatre. In 1984, the theatre was one of the venues of the Hong Kong International Film Festival.

As the semi-open air theatre was not suitable for Hong Kong’s hot and humid climate in summer, an improvement project was approved in 1994, and the refurbished Ko Shan Theatre re-opened in October 1996.
The refurbished and air-conditioned Ko Shan Theatre had 1,031 seats in the stalls and balcony. The former open-air portion of the theatre was demolished and rebuilt as an air-conditioned foyer block housing rehersal facilities, committee room, exhibition facilities and URBTIX box office. The refurbished theatre is for live performances only.

An annex building of the Ko Shan Theatre with a 600-seat auditorium, roof garden and other facilities is under planning and its scheduled completion date is June 2013.