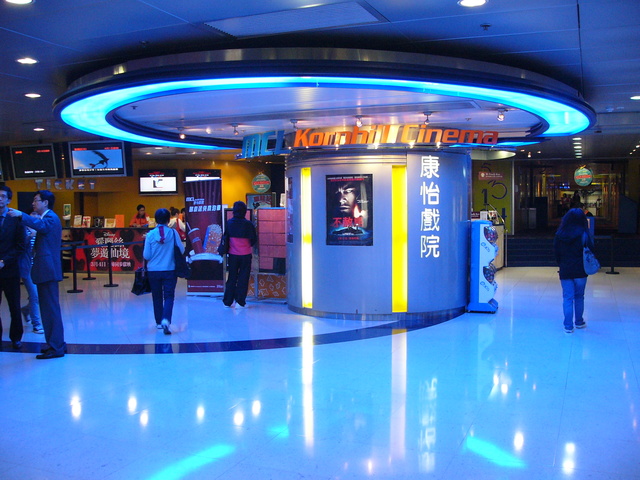 The Kornhill Theatre was situated at Kornhill in Quarry Bay on the Hong Kong Island, on the 4th floor of Kornhill Plaza South.

The theatre had two auditoriums with 963 seats and opened to business on 24th December, 1987 with an English language and a Chinese films.

In the mid-1990’s, the theatre was re-named as the Broadway-Kornhill Theatre. After it was rebuilt internally, the theatre had three auditoriums with 944 seats.

The Kornhill Theatre and the re-named Broadway-Kornhill Theatre were managed by the Edko Theatre Operation Limited.
The Multiplex Cinema Limited took over the management of the theatre in the 2000’s. After extensive refurbishment and internal rebuild, the theatre has five auditoriums with 792 seats.
House 1 has 87 seats, House 2 199 seats, House 3 242 seats, House 4 183 seats and House 5 81 seats. House 1 and House 5 are equipped with SR sound system,House 2 and House 3 with SRD/SR/EX sound system while House 4 with SRD/SR sound system. Digital format films can be shown at the theatre.
The lobby and auditoriums are on the fourth floor of Kornhill Plaza South with MTR entrance on the ground floor of the shopping plaza.

First run films are shown at the theatre.

After extensive renovation, the theatre re-opened on 1st April, 2017 as the Grand Kornhill Cinema.The 835-seat cinema has five screens.