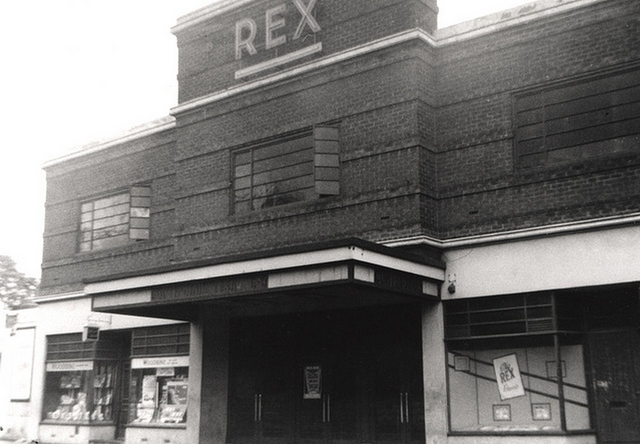 Located in Benwell Village, a western suburb of Newcastle upon Tyne. The Rex Cinema was opened on 8th December 1937, and was built for the local independent Smelt’s Theatres circuit.

It had a low brick facade, only one storey high, with a raised parapet over the entrance which had the REX name. The foyer walls were lined with walnut paneling. Inside the auditorium, seating was provided for 634 in the stalls and 378 in the circle.

In 1954, it was sold to W.J. Clavering, and for the last five of years of operation it was operated by Consett Cinemas Ltd. The Rex Cinema was closed on 10th August 1968 with James Stewart in "Shenandoah".

It was converted into a social club, which operates in 2010 as the Old Benwell Village Social Club.