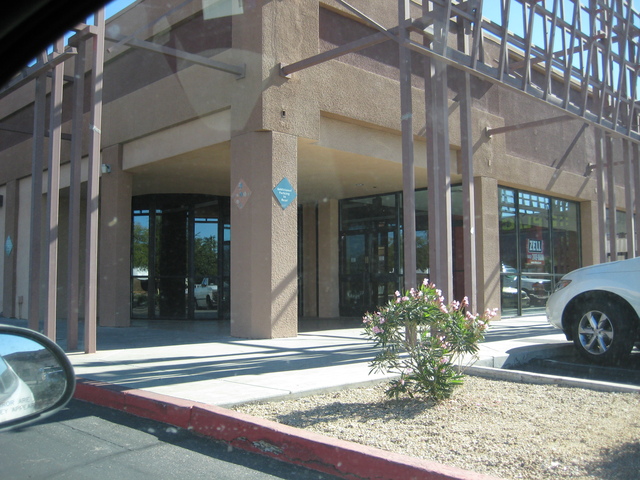 This theater opened in the early-1980’s. It started out as Mann, but became Harkins when they bought out all of the Phoenix area Mann theaters in 1991 or so. Harkins closed the theater and left the building sometime in the late-1990’s, and it became a furniture store. Today it is vacant.

I used to take a young boy that I babysat here. It was only a dollor even for adults…very affordable. The movies were older ones but they were new to us. Good memories…

The elaborate pipework facade was added by Harkins in the ‘90s, and used to be decorated with neon lights. Mann’s marquee board went in the big recess behind it.

I don’t remember this ever being a dollar theater, but there was a dollar multiplex a mile to the east on 43rd avenue that changed hands a few times and was eventually torn down. I don’t recall the name of the theater. Bell Towne, maybe?

You are right, Darebear. It was always a first run theatre. The dollars movies were on the NE corner of 43rd Avenue and Bell which would put it in Phoenix. It was demolished and there is now a strip center there.

I worked here in 1990-1991. It was a decent theater and the big house was really top notch for its' time. The old marquee used to be on the right hand side though, before the facade was installed. I used to have to update it weekly and it was closer to the exits on the right than the box office which was on the left. The AMC on 59th was the biggest competitor but for those three intersections (59th, 51st, and 43rd) there was a theater on each corner. (AMC, Mann, and UA on 43rd). The original dollar theater on Bell was all the way at 27th Ave, but the UA became a dollar theater eventually because the AMC and our theater were busier.

The Bell Tower closed for the final time in August 2000.