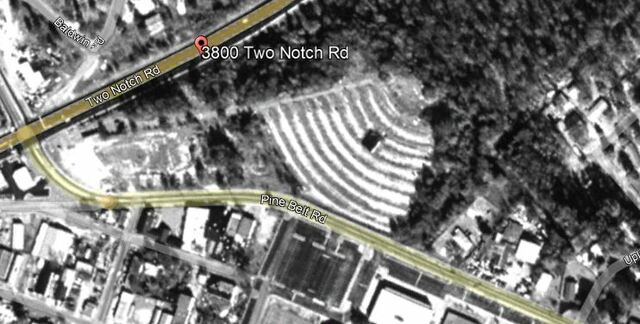 The theatre closed in 1985 and has since been demolished.

Plitt must have sold this theatre when they took over ABC Theatres that year.

We worked out of the Charlotte office at ABC,so Columbia was a town that had the same DM. I bet they got rid of all the outdoor screens.

This theater actually first started off as the “Alta Vista Drive-In”, opening its gates in June 1947. The Alta Vista changed its name to the Twilite in 1954, and it became the Starlite in November 1980 until closing around the same month the Beltline closed in September 1985.

The Beltline and the Starlite were the only drive-ins in Columbia to have a much more appropriate fare on films, which both theaters picked up first-run movies throughout most of its history, but sometimes can pick up a few other mixtures but not very harmful to audiences.