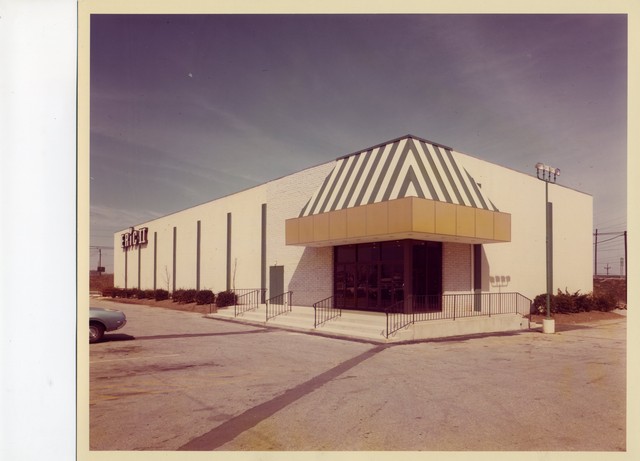 The Eric Theatre in Pennsauken, NJ was built by Sameric Corp. of Philadelphia (Sam & Mert Shapiro), as a single screen with 1,500 seats on August 17, 1965.

On December 2,1971, Eric II, a second theatre, in a separate building, opened with 900 seats. In 1977, the original building was divided in two, with one narrow auditorium and the bigger auditorium having 1,100 seats. The original theatre was then renamed Eric II & III, and what had opened as Eric II was renamed Eric I. Around 1983, two more auditoriums were built, and a new central lobby connected the two existing buildings.

The Sameric chain was sold to United Artists in 1988.

Was this the one by Pennsauken Mart?

If my memory serves correct, this theater had 70MM projection and showed many films in 70MM. Howard Haas can you confirm this?

I do not know whether it showed 70mm.

The Pennsauken theatre had one auditorium capable of showing 70mm. My dad and I saw ‘Indiana Jones and The Last Crusade’ in 70mm Memorial Day weekend in 1989.

May 15th, 1992 grand opening ad for the 11-plex in the photo section. Question: Did the original 1966 auditorium was unsplit? The ad said “South Jersey’s largest auditorium”