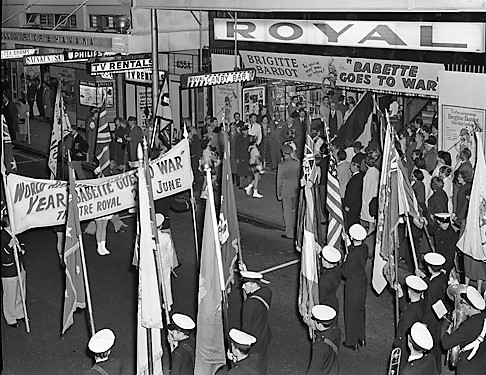 When it opened in France in 1959, BABETTE GOES TO WAR, a comedy vehicle for Brigitte Bardot, was a box office sensation. When it opened at Perth’s Theatre Royal in 1960, the theatre’s management obviously thought it deserved a parade!