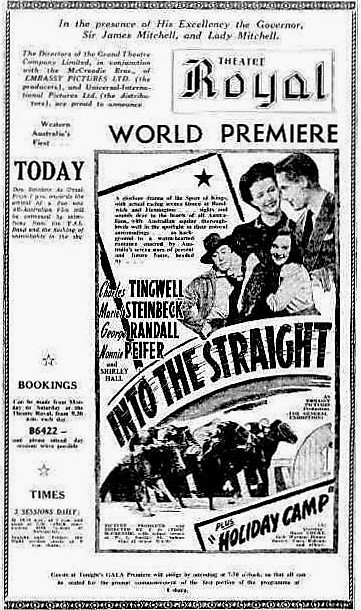 The first film to have its WORLD PREMIERE in a Western Australian cinema was INTO THE STRAIGHT, a 1949 Australian horse racing melodrama directed by T. O. McCreadie and starring Charles ‘Bud’ Tingwell. Opening on 15th July 1949, it was well-received by audiences in Perth but only enjoyed short runs in Melbourne and Sydney.