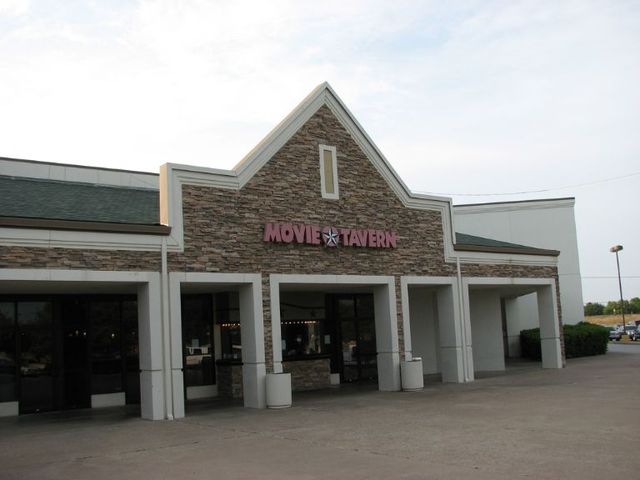 Located at 2404 Airport Freeway, the Central Park 8 was opened by General Cinema November 27, 1985. It had 1,000 seats. Later operated by Entertainment Film Works, it was reopened in November 2004 as a Movie Tavern with in-theater dining.

The General Cinema Central Park 8 in Bedford was announced in December of 1983 as part of the 120-acre project architected by RTKL Associates launching in 1985. The Central Park was part of General Cinema’s expansion during the multiplex era to 71 DFW screens including the sequel to the Town East Cinema, the Arlington Park Square 8, the Collin Creek Mall 6, and two Fort Worth multiplexes with the Ridgmar and White Settlement.

The Central Park 8 seemed to be cruising toward completing its 20-year lease sitting between General Cinema’s North Hills cinema and the chain’s Irving Mall which had expanded to 14 screens in 1998. Closer competition came from the UA Bedford 10. But the chain and its multiplex business model was being decimated by more aggressive megaplex developers.

On October 5th, 2000, General Cinema shut theaters all over the country taking down all of Tarrant Country’s remaining locations including the Arlington Park Square, Fort Worth’s Ridgmar Square, and Bedford’s Central Park. In 2001, Entertainment Filmworks had a business plan to convert dead General Cinema locations into food/entertainment theaters. The company did a conversion while operating the EFW Cinema Central Park 8 opening and then closing in about a year’s time after a reported $400,000 refurbishing.

After more than a year of vacancy, Great Texas Movie Co. of Granbury became the location’s third operator in November of 2003. Great Texas had previously re-opened the former General Cinema Ridgmar as Ridmar Movie Tavern — and the former AMC Green Oaks as Movie Tavern Green Oaks. The circuit put in around $1 million to provide an improved lobby and spacious seating along with beer, wine and kitchen with expanded menu options reopening as Movie Tavern at Central Park. The chain would expand to 20 locations by the mid-2010s which included the Central Park location which had already surpassed 30 years of service as a multiplex.

This opened on November 27th, 1985. Grand opening ad in the photo section.