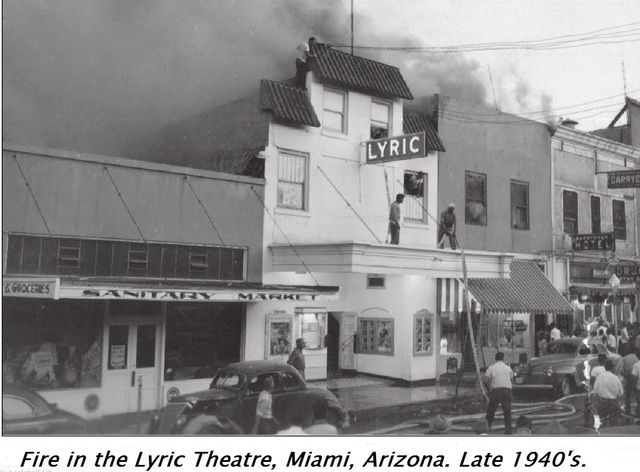 The Lyric Theatre closed in the late-1950’s and has since been demolished. The site is now a small city park.

The Lyric was built in 1906 by T.D. Souris. Many sources say the theater was built in the 1930s but it’s hard to imagine that the theater wasn’t the same facade and reimagined in its interior for the sound era as Souris and Nenes did with the Grand / former Liberty just three doors down. Nenes and Souris transformed the Lyric to Teatro Lyric serving the Spanish speaking population of Miami. The theater suffered a fire and then post-closure in the 1960s, a wind storm toppled its marquee/awning.