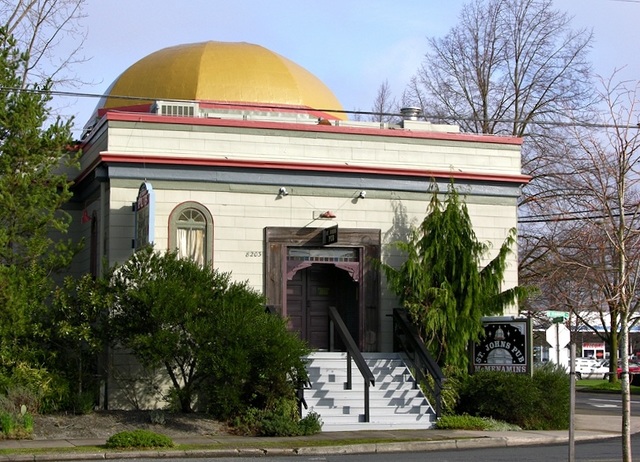 Opened in 1905 for the Lewis and Clark Exposition World’s Fair, visitors to this small structure were treated to free motion pictures by the National Cash Register Company. The building was later moved from its original world’s fair site to 8203 N. Ivanhoe Street. Over the next century, the building meant to last a few months served as a church, American Legion post, bingo parlor, and many other uses.

Today, St. Johns is more than 100 years old and showing films (and serving food and ale) to patrons in its cozy, 90 seats. It is operated by the eclectic McMenamins chain.