B & B Junction City Gem 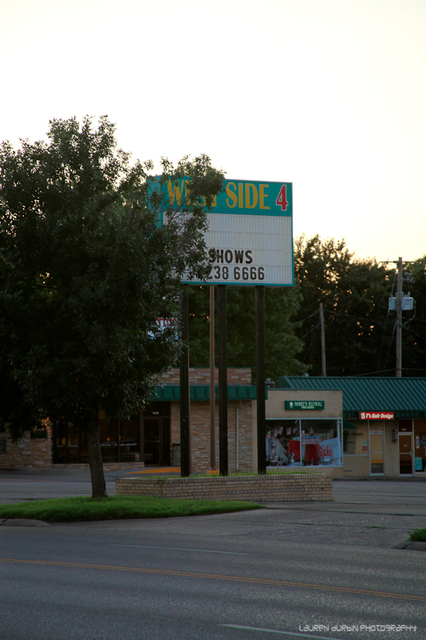 Originally a twin theatre in Junction City, KS. Usually one matinee only at 2 pm then two evening shows which has never made sense to me, have a 4 pm show then go into the evening.

It now operates as a 4-screen theatre.

This is now the Westside 4 and is operated by Dickinson Theatres:
http://www.dtmovies.com

As a twin this originally was a Commonwealth House, Dickinson acquired it from Wallace Theatres a couple of years ago and then announced plans to build a new state of the art mega plex somewhere in the area, but that has never developed. Junction City, Kansas is home to a large army base, Ft. Riley and is close to Kansas State University in Manhattan, Kansas, where Carmike has a 12 screen complex.
Junction City has a population of 20,100.