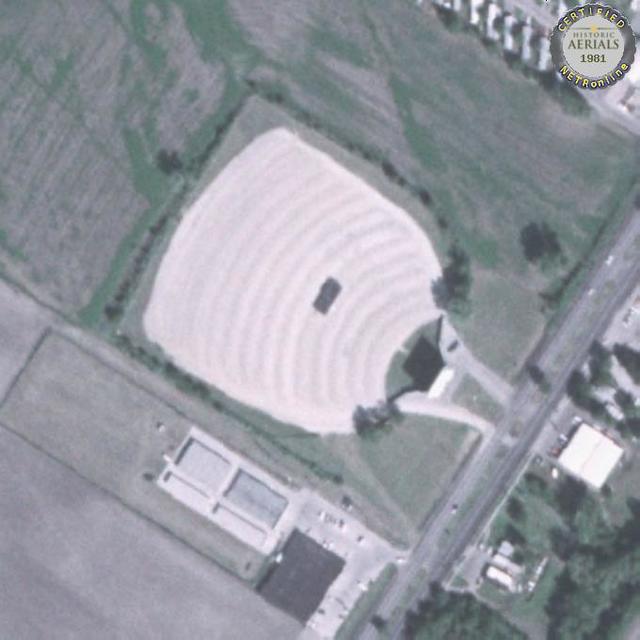 In the summer of 1984, I stayed with my uncle, grandmother & cousins for about a month and a half at the nearby Army base (can’t remember the name) that was right next to Junction City. I drove past this drive-in at least 3 times a week that summer…and never went inside to see a single movie.

One week they actually got “Gremlins” (which was nearing its big run) on a double feature with “Twilight Zone.” I BEGGED…PLEADED…CRIED REAL TEARS to my uncle to let us go see that double feature! He responded “Maybe.” On the final night of that double feature (I think the place was switching movies up once a week) I waited to see if the homemade popcorn would be popped & the lawn chairs would go in the trunk. Minutes…then hours passed. We didn’t go.

That summer still marks the longest period of time (2 months) that I did not see a movie at a movie theatre. When I think of that (anguished!!!) time, I’ll always remember driving past this drive-in day after day after day.

This drive-in was not on Crestview Drive in 1984. an 1974 aerial photo shows it to be a housing subdivision that has been setteled in for years. Was it on Grand Av. and Commonwealth Drive?

Approx.. address for this drive-in was 834 Grant Avenue.

The first guess at the opening date came in the Aug. 20, 1949 issue of BoxOffice, “September 10 is expected to be the date when Warren Weber and Vic Harris will open the 500-car drive-in which they are building at a cost of approximately $75,000 on Grant avenue between Junction City and Ft. Riley, Kas.”