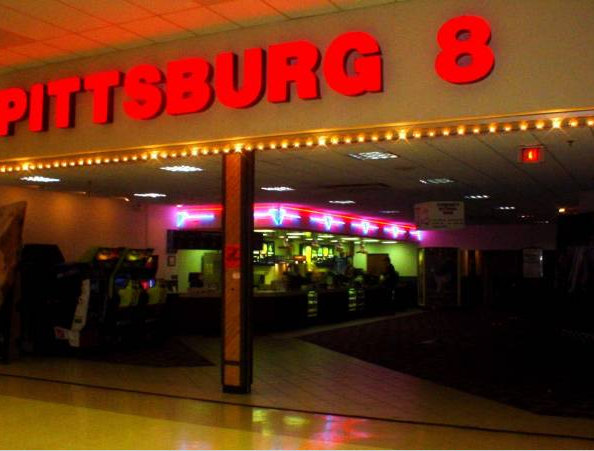 Located in the Meadowbrook Mall, this theater was opened by Dickinson Theatres in 1983 as a 4-screen theatre. In July 2010 it was taken over by ShowPlex Cinemas. Taken over by AMC on December 16, 2015.

As evidenced by the picture here: http://www.bigscreen.com/Marquee.php?theater=2336, the theater is also known as the Pittsburg 8.

PLEASE REMOVE FROM THE ADDRESS:

This gets the Red Dot on the Map closer to the theater.

Opened in 1983 by Dickinson Theaters as a 4 Screen.

In July of 2010 it was sold to Showplex Cinemas Inc. of Overland Park, Kansas. They have 10 Theaters with 81 Screens in Arkansas, Kansas, Missouri, Nebraska, and Oklahoma.

AMC Theaters acquired this theater from Starplex Cinemas on December 16, 2015, along with the Hays 8 and Salina 10 in Kansas. The three theaters appear to be the first AMC theaters in Kansas that are not located in the Kansas City metro area.