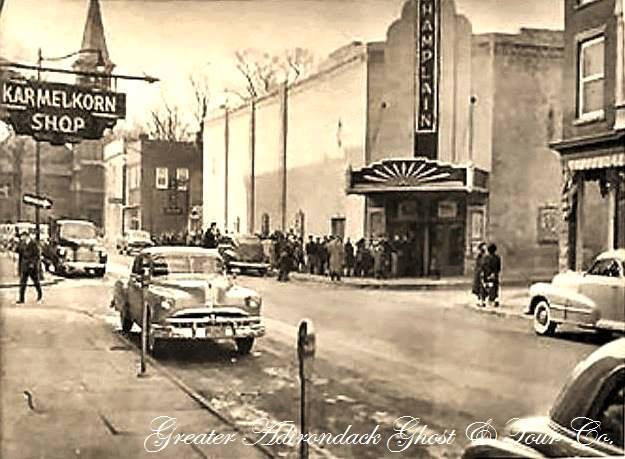 The Champlain Theatre opened on March 31, 1936 on the site of the former Clinton Theatre, which had been destroyed by fire eight years earlier. The tan brick building measured 60 X 100 feet and the interior decor was designed by the Rambusch Brothers of New York City, who were known for their work on Radio City Music Hall.

A local newspaper described the building as "a work of art". Building materials were selected for their acoustical properties and the colors were chosen to minimize reflection on the screen. Although the building was built with a balcony all seats were on the main level. The balcony, which contained the theatre office, lamp house and dressing rooms for the employees, was intended to be aesthetically pleasing and to aid in the acoustical effects.

Movies continued to be shown until the spring of 1962. That summer the theatre was home to Finnan’s Musical Comedy Theatre, a New York City based troupe which had been presenting their shows at the nearby state university. They were not successful and the theatre was closed. In April 1965 the building was advertised for sale at the bargain price of $32,500. No buyer was found and the building was demolished later that year.

Added a photo courtesy of the Greater Adirondack Ghost and Tour Company.